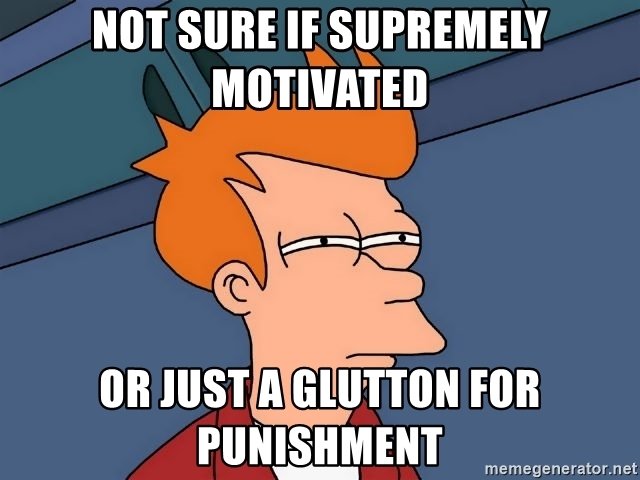 Why do I put myself through it? The 8 listeners per episode and trying to promote my art, as well as information? Why do any, of the thousands of podcasters out there, put themselves through the ringer for 5 or 10 listeners per episode? Who even has an actual website anymore?!

I can only speak for myself. I'm trying to better educate and inform myself on topics which I find important or interesting, and "hone my craft" to find more productive methods of articulation and relaying of thoughts and opinions. I am collecting and organizing data and information, for both the benefit of my own mind, as well as to hopefully connect with a handful of other people in regards to certain topics of discussion. I want to be an informed global citizen to the best of my ability, regardless of how many people are listening or liking or engaging.

Likewise, and this is no offense to anyone, but I'm trying to do my little part to fight intellectual mediocrity and obsession with: sports, movies, TV, mainstream news, politics or just other "trivial" pursuits that overwhelms our society, with hundreds of billions of dollars in advertisements.

And I understand why people like watching sports and rooting for their home teams, but it's this same base and basic form of entertainment which has been placating and diverting the attention spans of the masses for thousands of years. I'm not rallying against professional sports here but think, perhaps, we could avert the current supply chain and employment crisis if we went ahead and boycotted pro-sports and asked all of these athletes to get real jobs. Take one for the team!!! Go work at Wendy's, Tom Brady, so they aren't always closed at 4pm due to lack of staff and I can get my chicken sandwich!

My point here is, I don't give a shit about pro-sports, and would rather use that devotion and dedication and energy and attention span towards things that actually matter. Such as our planet, reality as we know it, the future, human rights and dignity. Books. Research. Intellectual and emotional growth. The Human Spirit. Personal Evolution. WHERE ARE OUR PRIORITIES AND INTEGRITY AS A SPECIES?!