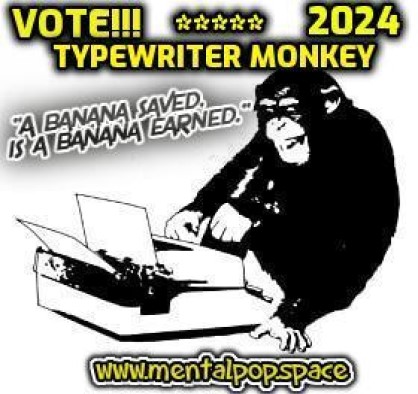 When I was a kid (well, not a kid, more like a dumb ass 17 year old who thought anything was possible), I remember telling myself that in the future, the year 2020 when I would be old enough to run for President of the United States, that’s what I’d do. It was 1997 when I was 17, and running for President seemed a very lofty, yet realistic goal, in my immature and deranged teenage mind. It was a calling, a destiny to fulfill. The idea that any person, any American, could run for President and actually had a chance at being “leader of the free world”. A childish ambition, but someone’s got to do it, right? And at the time, 2020 seemed so far off into the distant future that I’d have ample opportunity to build a reputation and set myself up for an honest run at the Presidency!

Now, here it is, 2021, and what the f*ck have I done with my life?! Why am I not a famous millionaire who has the means at my disposal to run for the President? Where is my staff of volunteers and army of supporters constantly dropping “money bombs” into my campaign account?! Where the hell are my constituents?! Now that I think about it, I don’t even have an American flag hanging up anywhere! Obviously I’m a total failure for never realizing the goal of being President of the United States.

But wait, it’s not too late! I could still run for President and have a serious shot at winning the hearts and minds of the public, and help get this country on the right track and end all the senseless division that’s taking place from sea to shining sea! I’m still a relatively young man, and only half the age of the two bozos who ran in the last election. If TikTok “celebrities” can have millions of followers online, then anything is possible and it is surely within my grasp, to become the Commander in Chief!

Yet, alas, I utterly hate and despise politics, and wouldn’t want to be surrounded by all those inept and corrupt goons and career politicians who accomplish nothing but skimming money and fattening their bank accounts on the back of the average American. In a role of public service, voted into office by the people’s choice, I couldn’t lie or purposefully be misleading, and thus I could never be a politician, let alone President. I don’t have the energy or cocaine habit to engage in multiple sex scandals and inappropriate behavior on a daily basis, so probably wouldn’t make for a very good politician. I’ve got plenty of flaws, but none of them scandalous or shady enough to run for public office.

Sigh, that’s disappointing. But on second thought, screw it! I’m gonna run for President anyway! Yes, I can see it now! A grassroots effort that erupts into a social media phenomenon which collects so much steam and gains such unbelievable momentum that it can’t be stopped, and I will be inaugurated as the 47th President in January of 2025, with 97% of the vote! There will be celebrations all over the world, much like those which took place on the forest moon of Endor at the end of Return of the Jedi. Yes, the victory will be legendary and travel both forward and backwards in time, rippling out infinitely and saving all reality from the unquenchable and devouring grasp of the terrible Nothing. Needless to say, it will be a very good day and an epic tale passed down for endless generations to come!

So, with all that being said, I am officially announcing my candidacy for your next President of the United States, under the banner of the PRIMORDIAL PARTY, and henceforth will only be wearing a suit and tie for the remainder of the days until the next election. Unfortunately, since I only own one suit and tie, I will have to wear the same outfit every day, but that will only add to the recognition factor. Just like Trump’s hair and spray on tan, or Biden’s continual cough of senility, so too will my signature suit and tie represent the next American Dream! This look will surely become the hottest Halloween costume of the next several years, generating billions of dollars in revenue for you, the average middle-class American citizen. Truly, I am a man of the people!

All jokes and kidding and satire aside, I am running for President in 2024 as well as 2028, and probably 2032 as well, just for the hell of it. I hold these truths to be self evident, that I am the only one who can save us from The Day After Tomorrow! So let those “money bombs” begin, a Presidency can’t run itself! Everyone who donates $1000 or more will receive a free campaign button which is sure to be a much sought after collector’s item, on par with the 1st issue of Action Comics, or a lost painting by Leonardo Da Vinci! And while we’re at it, I think this monumental blog post needs more exclamation points!!!!!!!! Time is of the essence, donate now: https://www.paypal.com/paypalme/primordial1