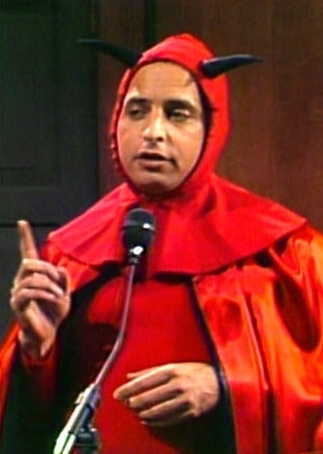 In light of the horrific Travis Scott circus circulating the fetid and abysmal news drain this week, I wanted to take a moment to comment on a few things. Firstly, I had no idea who Travis Scott was until the tragic events of the Astroworld Festival, and for that I am thankful. I have no idea who like 75% of “famous people” are these days, and that’s a blessing. They really aren’t worth knowing and a majority of them are entitled and pitiful excuses for human beings, and lame excuses for “talent” and "entertainment".

Secondly, I want to give condolences to the people directly affected by this event, though I can’t see how in any realistic setting that rushing the stage at a Travis Scott concert would ever be a viable concern for thousands of people (and I say that as one who has been involved with some intense mosh pits for both Pantera and Tool concerts in the 1990’s). Obviously, in this Covid age of lockdowns, people are starved for live entertainment, and desperate to “touch” any measure of fleeting fame that stands above them on a stage.

And thirdly, with all the publicity that has sprouted up on social media that this was a Satanic ritual, and that hundreds of people may have died and not just a handful, it begs the question: Is Satan just a weak little bitch? I mean, I know Satan tries to take credit for all the terrible things in the world, which includes BOTH Trump AND Biden as far as I’m concerned, but is Satan really so pitiful and stupid that he (or she) is taking up with the likes of Travis Scott and keeping up with the Kardashians?

Satan is so weak that even Marilyn Manson is converting to the cult of Kanye -Christianity. Does Satan have nothing better to do than build the “One World Religion” headquarters in Abu Dhabi next year? I mean, Satan has really never been cool and has always been kind of a loser. His entire destiny and ultimate life purpose is to lose.

Now, Lucifer on the other hand? Lucifer has got it going on! Lucifer is way too sophisticated and classy to care about some shitty viral TikTok video or meme debate, and definitely wouldn’t be hanging around to kill a dozen people at some wretched auto-tuned rap concert, or voting on America’s Got Talent.

Ol’ blue eyed Lou would be punished for trying to impart knowledge, and wisdom, and light to the masses, much like Mr. Prometheus, or even that Trickster called Loki, along with many other names (Pan and Cernunnos, I’m looking at you!). Baphomet and Moloch, get in line! Lucifer has you all beat. Satan ain’t nothing but a cheap bastardization of the Egyptian Set, and the Islamic Shayṭān, which is merely a lowly djinn.

And I’m not a Luciferian, not by a long shot, but if we’re getting down to the real nitty gritty, Satan and Baphomet are subordinates to Lucifer, who is the Morning Star, or Venus. In fact, Satan is associated with the Roman Pluto, god of the Underworld (Hades) and Pluto isn’t even considered a planet anymore, what a weakling!

Most theologians will argue that Lucifer and Satan are the same deity, but the fact of the matter is that Lucifer is actually associated with many deities, which predates the Biblical notion of Satan, and was merely assimilated into the Christian motif.

Lucifer itself is an adaptation of the ancient Greek Phosphorus, which is a representation of Venus, and literally equates to “light carrier” or “light bringer”. The back-story of Lucifer is far, far more interesting (and even noble) than that of either titles of “Satan” or “The Devil”. The Devil isn’t much more than a nasty little punk with a pitchfork and a constant subject of comedy parody. Could it be…. Satan?! Seriously, if a dude like Anton Levey was your spokesperson, you might consider a new career.

But before you get the wrong idea, let me say again, I’m not endorsing Luciferianism, and definitely not endorsing Satanism. If all of humanity disappeared right now, so would the idea of “the Devil”. Yet, despite the extinction of humanity, “God” would still remain in the infinity beyond us, just as “God” was already there long before humans made the first cave paintings.